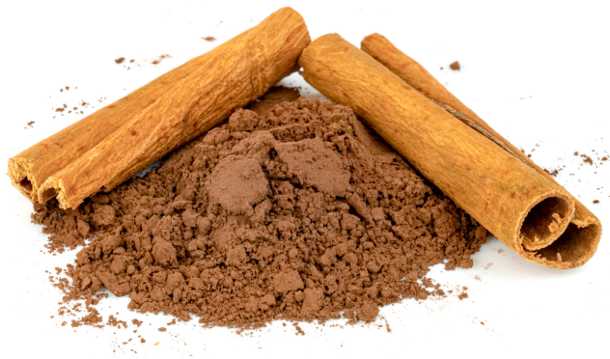 Cinnamon is known for its intense scent and sweet flavor. However, aside from its culinary benefits, cinnamon is commonly used in spell crafting and has been revered for centuries as a herb of healing, spiritual awareness, and protection. So how can you use this magical herb in your own life? Let’s find out.

What Does Cinnamon Symbolize?

Native to Sri Lanka and Myanmar, cinnamon is a very positive herb that has been a symbol of fertility, love, spirituality, protection, good luck and health for centuries. Cinnamon represents masculine energy and is associated with the Sun and the element of Fire.

Cinnamon use was first recorded in Chinese writings dating back to 2800BC. In China, cinnamon is associated with yang energy and is believed to have the power to increase the free flow of Chi (Qi) throughout the body that aid health and healing. In medieval times, cinnamon was famed for its healing properties and was used to heal a variety of ailments.

Throughout history, cinnamon has also been highly regarded as a herb that can raise spiritual awareness due to its high vibration. Cinnamon has the power to activate the third eye chakra promoting physic awareness and intuition.

1. Carry cinnamon with you for attracting good luck & wealth

The high vibration of cinnamon makes it an excellent good luck charm that will also work to shield you from negative energies and spiritual attacks. Carrying a stick of cinnamon in your wallet or purse, or even adding a few drops of cinnamon oil to the outside of your purse, is said to attract prosperity both on a physical level and on a spiritual level.

Other herbs that work well with cinnamon and increase its wealth attracting abilities are cloves, cardamom and nutmeg. So you can consider carrying a combination of these herbs (like one stick of cinnamon and a couple of cloves) to increase the power of cinnamon.

2. Use cinnamon + clove spray for protection

Just the thought of cinnamon is known to invoke a sense of warmth and homeliness. Making a simple cinnamon spray will allow you to invoke these feelings of protection whenever you feel lethargic, down, or when you feel like everything is going wrong in your life.

Simply put a handful of crushed cinnamon sticks and cloves into 300ml of boiled water and allow to infuse for a few minutes. Then spray the concoction (after pouring it in a spray bottle) in each of the four corners of your home and by the front door to increase prosperity and health, and to ward off negative energies. The magical properties of clove will work with the spiritual healing properties of cinnamon to shield your home in a protective and uplifting scent.

3. Burn cinnamon for cleansing and to dispel negative energy

Cinnamon can be burned by placing powdered cinnamon or stick incense on a charcoal disc. You can also directly burn a cinnamon stick however do be careful to ensure you have a bowl for the burning embers to drop into.

Traditionally, cinnamon is almost as popular as white sage or Palo Santo in its ability to purify a space. Simply light your incense and walk around your room, allowing the smoke to enter every corner to dispel any negativity that has entered your home. This process is also thought to promote physical healing, love, and success, as well as increasing your spiritual awareness which will help you to trust your own intuition.

Alternatively you can put a couple of cinnamon sticks into boiling water and let the resulting steam circulate in different areas of your home that need cleansing. You can also wash the floors of your home with cinnamon infused water.

4. Place cinnamon sticks around your home for protection & to block negative energy

If you are looking to create an effective protective barrier around your home, try tying cinnamon sticks together on a piece of string and hanging them above your front door. The most common number of sticks used is nine as it is a number that has spiritual significance in numerous cultures, including Buddhism and the Baha’i faith, and is believed to symbolize perfection, love, enlightenment, and compassion.

Aside from your front door, you can also place cinnamon sticks on your window sills if you are worried about negative energies entering through other areas of your home.

Alternatively, you can also sprinkle a few pinches of powdered cinnamon around your room and window sills for protection.

The high spiritual vibration of cinnamon can be used to increase your own vibrations and allow you to achieve a higher level of consciousness and understanding. This makes it an excellent herb to use during any meditation practice. Raising your vibration will also help you to feel more positive, fulfilled, and strong enough to tackle any situation that is thrown your way.

Its attractive aroma will encourage you to view situations in a positive and joyful light, which makes it a very beneficial herb if you suffer from depression, anxiety, or feelings of pessimism.

Simply add a few drops to a diffuser and take deep breaths to allow the intense scent to calm your mind and promote a sense of self-awareness and confidence. You can also mix 2-3 drops of cinnamon oil into your usual moisturizer and use it for a rejuvenating massage or simply to moisturize and invigorate your skin.

You can also add a few drops of cinnamon oil (or water infused with cinnamon) to your bath water which will help raise your vibration, increase passion, aid clarity and invite success into your life.

Cinnamon tea is usually prepared by boiling a small (around an inch) cinnamon stick in water and allowing it a few minutes to infuse the drink with its sweet scent.

Drinking a cup of cinnamon tea before any form of divination is thought to increase your spiritual awareness and allow for a more accurate reading. It is an excellent beverage to drink when you first wake up in the morning to boost your mood and shift your consciousness into a more relaxed, confident, and receptive state ready for the day ahead!

7. Use cinnamon blowing ritual for manifesting your desires

Cinnamon is a common ingredient added to any kind of spell work as it is believed to enhance your intent. One of the simplest rituals for bringing prosperity and success into your life is through cinnamon blowing.

Here’s how to do the cinnamon blowing ritual:

Simply take a pinch of sea salt and a small amount of cinnamon powder in your dominant hand and take it to the place you wish to infuse with positive vibes, healing, or success, such as a workplace or your home. It is a good idea to close your eyes at this stage and focus on what you want to manifest; whether it be financial stability, physical healing, or simply to bless the space with good luck.

You can also say a few words aloud to solidify your intentions. For instance, “When this cinnamon blows, prosperity and good luck in this house will come in!”

Then just blow the cinnamon and salt from your hand into the room.

You can also burn cinnamon incense or candles anointed with cinnamon oil to encourage prosperity to enter your life. In addition, cinnamon is an excellent ingredient for any love spell as this herb is said to promote the release of Oxytocin (also known as the cuddle hormone).

8. Use cinnamon during moon rituals to attract success and wealth

The light of a full moon is known to add power to any spell or ritual. The tree from which cinnamon is harvested is believed to be ruled by the moon so it is a fantastic herb to use during any moon ritual.

As cinnamon is a positive herb, it is best used in moon magic spells that focus on bringing success, wealth, and joy to your life but it is also very effective when used during protection spells. Central to cinnamon’s magical properties is its connection to prosperity so it is particularly powerful during new moon rituals to signify your intentions for the month to come, and also for any spell that works to bring abundance into your life.

9. Use cinnamon to improve relationship with your significant other

To improve the relationship between you and your significant other, burn powdered cinnamon along with a pinch of powered sandalwood and myrrh and show the smoke around the rooms where you spend the maximum time together with your beloved. To enhance the effect, use an intention and recite a prayer as you show the smoke around.

You can also use cinnamon as an ingredient in love and protection spell jars to increase the effect of the spell/ritual.

10. Use cinnamon to increase your psychic and intuitive abilities

Burning cinnamon powder with sandalwood powder opens and activates your third eye chakra increasing your psychic abilities, focus and intuition. Do this before a meditative or divination session to attract new insights that will help change your life.

You can also dilute cinnamon essential oil (with a carrier oil) and use it to anoint your third eye chakra. Doing this every morning or night before going to bed can aid spiritual awareness and clarity.

Points to Bear in Mind

When it comes to burning cinnamon or using cinnamon essential oils, you need to ensure that you do not use too much or burn it too often. Although cinnamon has numerous health benefits, too much of it can have the opposite effect and can cause dizziness, fatigue, and shakiness.

You also need to be careful about using cinnamon if you are pregnant as this herb can act as a blood thinner so it has the potential to raise the risk of miscarriage if used in large amounts.

As a rule of thumb, always use this herb in small quantities when using for consumption. There is also a possibility of allergies so exercise caution while using.

Cinnamon is an incredibly powerful and revered herb that has a multitude of spiritual and physical healing benefits. Even smelling cinnamon can bring back warm memories of cakes being baked in the oven, or Christmas around the fireplace so it is perhaps no surprise that it can be used to raise our vibrations too and make us feel more joyful, focused, and confident.

The prosperity that cinnamon is associated with can come in many forms, from financial gains to finding love or raising self-awareness. So, think about what is missing from your life and use this herb to manifest your own desires!

If you enjoy Indian cuisine, you’ve likely eaten a bowl of soup with a few dried leaves floating inside– these END_OF_DOCUMENT_TOKEN_TO_BE_REPLACED

7 Signs of Divine Timing Working in Your Life

Do you believe that everything happens for a reason? That life will present you with the opportunities you need at END_OF_DOCUMENT_TOKEN_TO_BE_REPLACED

12 Gods of Good Luck & Fortune (From Around the World)

Throughout history, humans have sought abundance in its many forms; whether that be money, happiness, or successful harvests. So, it END_OF_DOCUMENT_TOKEN_TO_BE_REPLACED

If it doesn’t feel authentic to define yourself by any organized religion anymore, you’re certainly not alone. You might still END_OF_DOCUMENT_TOKEN_TO_BE_REPLACED