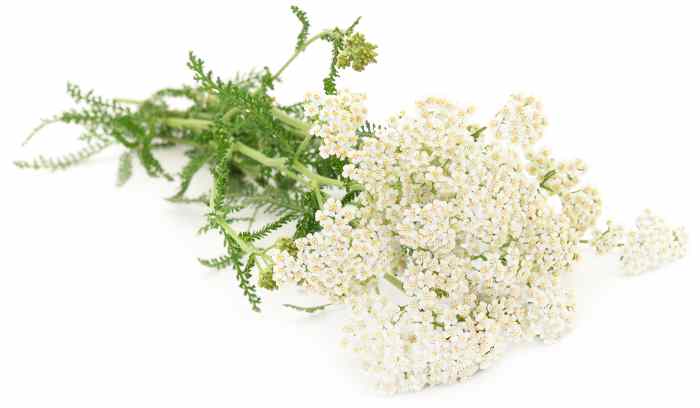 Yarrow is a powerful herb with a host of healing, spiritual and magical properties. Since millennia, people from all across the world have used this herb not only as medicine but also magically for cleansing, protection, divination and spiritual awareness.

In this article, let’s look at 9 powerful magical properties of Yarrow and how you can use it in your own life. Let’s begin by having a quick look at what Yarrow symbolizes spiritually and its historical usage across the world.

What does Yarrow symbolize?

Yarrow is a feminine herb associated with the planet Venus and the element of water. It symbolizes love, healing, protection, courage, intuition, balance, peace, good luck and positive energy.

Since ancient times, Yarrow has been used by various cultures across the world for protection, healing, strength and spiritual advancement. For instance, it is believed that ancient Greek hero Achilles used Yarrow for protection and healing during the Trojan war. This is where Yarrow’s botanical name ‘Achilles’ comes about. The plant was also used by Achilles’ soldiers for healing wounds inflicted during the war, which is why the plant came to be known as ‘Soldier’s Woundwort’ (one of its many names).

Similarly, the Saxons are known to use Yarrow in protection amulets. In parts of France and Ireland, carpenters have been known to carry a sprig of Yarrow as a tool for protection during work. Also a popular tradition among the Irish is to hang Yarrow in their homes during St. John’s Eve for protection against evil spirits.

Yarrow has also been used abundantly for its ability to attract love. In Ireland, young girls would place Yarrow blossoms under their pillow to dream about their true love. Yarrow also has a history of being used as a wedding charm across various cultures. The herb was hung in the bedroom of newly wedded couples to keep their relationship strong for years to come. It was also added to garlands worn by the bride or groom for similar reasons.

Yarrow is considered a sacred plant in China and other Asian countries where it has been used in love divination and for reading the I Ching – The Chinese book of divination.

Now that we have looked at the symbolism of Yarrow and its historical significance, let’s look at the various spiritual and magical properties associated with Yarrow and how you can benefit by using it in your own life. 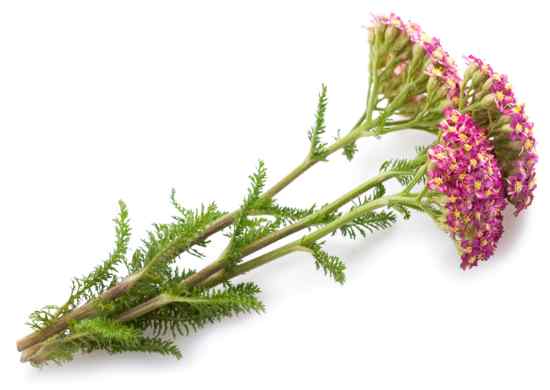 1. Carry Yarrow with you to protect your energy

Yarrow is an excellent herb when it comes to offering protection and reversing negativity. This is why Yarrow can be your best companion if you are an empath or a highly sensitive person. Yarrow is also great for teachers, counselors and healers.

To protect your energy, carry a sachet of dried Yarrow flowers with you (in your pocket or purse) wherever you go. This will also keep you safe from psychic attacks and hexes.

You can enhance the protective power by carrying a small protection crystal (or stone) like Black Tourmaline or Amethyst along with Yarrow. To further enhance the power, consider carrying a few complimentary herbs like St John’s wort, thyme or lemon balm with Yarrow.

Taking a bath with Yarrow or meditating with Yarrow in the morning while setting an intention (to stay protected) is also a great way to keep your energy protected throughout the day.

2. Smudge with Yarrow for cleansing and purification

Yarrow is also a great cleansing herb and can be used for cleansing a space or an object of negative energy. You can also use it to cleanse your (or someone else’s) aura/energy.

If you are into smudging, an easy way to cleanse is to smudge (or burn) dried Yarrow flowers as an incense. You can also burn Yarrow with other sacred herbs like sage or cedar while reciting a mantra or prayer to enhance the effect.

Another powerful way is to sprinkle sun dried Yarrow flowers in areas that need cleansing. Consider sprinkling the flowers all around your home to keep negative energies away.

Yet another way is to hang Yarrow over doorways along with sweetgrass and this combination will act as a powerful barrier to negative energy and evil entities. Yarrow keeps the bad out and sweetgrass brings in positive energy.

3. Carry yarrow for courage, self belief & to remove fear

If you suffer from anxiety, Yarrow can be your greatest ally as it helps dispel fear while promoting feelings of courage, clarity, self-belief, confidence, and intuition. In addition, Yarrow can also help you become more assertive so you can establish emotional and spiritual boundaries. This is why Yarrow can be great to use before any activity that generate feelings of anxiety in you like going to an interview, giving a speech, or undertaking a new venture.

Again, simply carrying Yarrow flowers, leaves, or stalks in a sachet or amulet with you will help with this.

For an instant boost of courage simply rub some fresh Yarrow flowers (or diluted Yarrow essential oil) between your hands and take in the aroma. Make sure that you dust your hands before doing this so the flower particles don’t enter your nostrils. You can also take a bath using Yarrow-infused water or by adding a few drops of the essential oil to remove fearful energy and attract courage.

Yarrow helps clear your mind, promote focus and also increase intuition as well as psychic sensitivity. This is why Yarrow is a great herb to use prior to any divination practice such as rune or tarot card readings.

Yarrow can also be used before meditation to help the mind focus and to attract insights from the spiritual realm. This is because Yarrow helps align and open your higher chakras (Crown and Third eye chakra) thereby prompting intuition, clarity, and discernment.

You can drink tea made with Yarrow flowers and Chamomile or bathe with these herbs prior to meditation or divination to reap in all these benefits.

Fresh flowers of yarrow can also be added to dream pillows to encourage prophetic dreams that carry answers to important questions that you hold in your mind.

5. Use Yarrow to attract love into your life

Since it is influenced by Planet Venus, Yarrow is great for attracting and enhancing love. This is also the reason why Yarrow is associated with the goddess Aphrodite.

If you are looking to attract love into your life, carry some fresh yarrow blossoms with you in a sachet along with a few other love-attracting herbs like Spearmint, Rosemary or Lavender. Make sure to charge these herbs with your intention to increase their power. You can do this every morning by holding the sachet (of herbs) in your power hand, and charging them either by reciting a mantra/prayer or by simply thinking of your desire as you imagine your energy flowing into the sachet.

Yarrow also helps align your heart chakra and heals emotional wounds so you can open yourself to love.

You can also sleep with dried Yarrow flowers under your pillow as this is said to bring dreams about true love. Yarrow can also be used to enhance love spells and rituals.

6. Use yarrow for relaxation & for deep, restful sleep

Yarrow has a calming energy to it. Simply sitting near the plant or being in its presence can help relax and calm your entire being. This is why Yarrow is a great plant to grow in your garden.

Similarly, the scent of Yarrow is deeply relaxing and is great for anyone who is feeling stressed out either physically, mentally or emotionally.

For some instant relaxation, consider diffusing Yarrow essential oil or burning incense by adding dried Yarrow to it. This is especially great before going to bed as it will help you wind down and let go of unwanted thoughts/emotions so you can get a good night’s sleep.

You can also place yarrow along with dried chamomile or lavender (in a mojo bag) under your pillow for deep, restful and restorative sleep.

7. Be with Yarrow to attract good energy

8. Hang Yarrow in your bedroom to strengthen your marriage

Yarrow has a long history of being used as a marriage charm. Simply hang a sprig of Yarrow or keep a bowl of dried yarrow flowers in your bedroom to strengthen your relationship and to keep passion and love alive for many years to come.

9. Plant Yarrow to enchant your garden

Yarrow has the power to enchant your whole garden and help increase the magical powers of other herbs and plants.

Points to bear in mind

Please exercise caution while ingesting herbs or using them on your skin. Some herbs including Yarrow can cause allergic reactions in some people. Also, make sure that the herb has been grown organically and not using chemicals and pesticides. To be safe, it’s best to grow the herb in your own garden.

Yarrow has a host of magical properties and can be a great companion to anyone, even more so if you are an empath and have issues setting boundaries, expressing yourself and reaching your true potential. If you have not already, consider growing Yarrow in your yard or starting using the dried flowers in your life to reap all these amazing magical benefits!

You’ve probably heard of all of the widely-used spiritual plants such as sage, frankincense resin, and even patchouli– but what END_OF_DOCUMENT_TOKEN_TO_BE_REPLACED

Cinnamon is known for its intense scent and sweet flavor. However, aside from its culinary benefits, cinnamon is commonly used END_OF_DOCUMENT_TOKEN_TO_BE_REPLACED

If you love to cook or drink tea, you’re familiar with common herbs such as mint and basil; likewise, you END_OF_DOCUMENT_TOKEN_TO_BE_REPLACED

Black pepper is one of the oldest spices known to mankind with a history going back at least 5,000 years. END_OF_DOCUMENT_TOKEN_TO_BE_REPLACED

Ana is a translator and writer with over 5 years of experience, She often writes pieces on witchcraft, mysticism and spirituality. When not working, Ana loves practicing witchcraft, reading fiction and taking care of her two lovely cats, Lin and Tiger. She has a Bachelors in English and a Master in TESOL.
More inspiration

8 Goddesses of Protection (+ How to Invoke Them)

9 Ways to Practice Self Reflection