Are you going through a difficult time in life?

Always remember that change is the crux of life and just like everything else, this will also pass away and things will get better again. Have complete faith in yourself (you got this) and don’t let negativity consume you.

The following quotes will give you strength to face these times and come out stronger.

Trust yourself. You know more than you think you do. 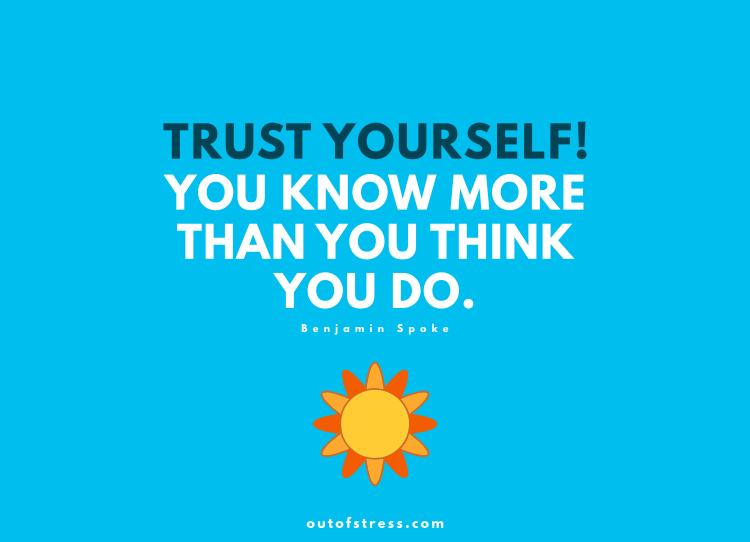 “No matter what happens, or how bad it seems today, life does go on, and it will be better tomorrow. 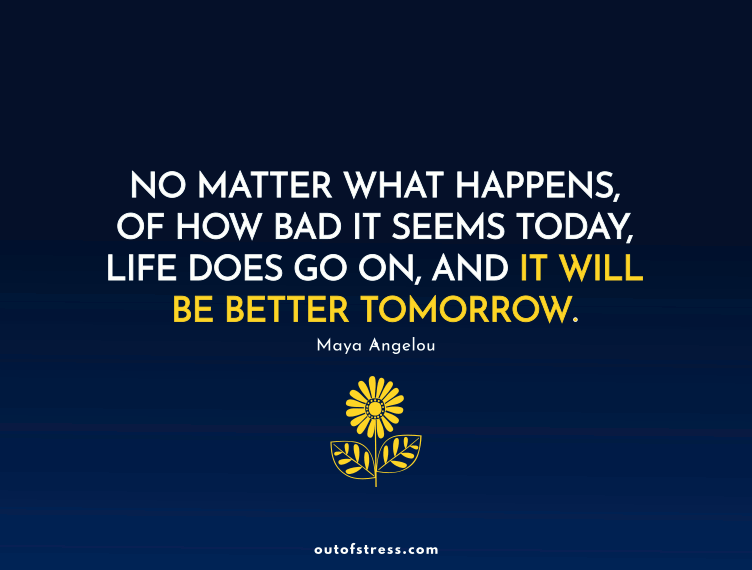 “When everything seems to be going against you, remember that the airplane takes off against the wind, not with it.”

“What lies behind us and what lies before us are tiny matters compared to what lies within us.”

“Courage doesn’t always roar. Sometimes courage is the little voice at the end of the day that says I’ll try again tomorrow.”

“If you can dream it, you can do it. Your limits are all within yourself.”

“Sometimes the best you can do is, not think, not wonder, not imagine, not obsess. Just breathe, and have faith that everything will work out for the best.” – unknown

“We may encounter many defeats but we must not be defeated.”

“If people are trying to bring you down, it only means that you are above them.”

“It is during the hard times when the ‘hero’ within us is revealed.”

“Dreams come true if you survive the hard times!”

“Nothing can dim the light which shines from within.”

“They tried to bury us. They did not know we were seeds.”

“It’s only during the night that you can see the stars.”

“Look well into thyself; there is a source of strength which will always spring up if thou wilt always look.”

“He who has begun has half done. Dare to be wise; begin!”

“Troubles are often the tools by which God fashions us for better things.”

“It’s easier to go down a hill than up it but the view is much better at the top.”

“If you can make it through the night, there’s a brighter day.”

“As soon as you trust yourself, you will know how to live.”

“Don’t worry about a thing, ’cause every little thing, gonna be alright.”

“We must embrace pain and burn it as fuel for our journey.”

“You alone are enough. You have nothing to prove to anybody.”

“Ones best success comes after their greatest disappointments.”

“Adversity has the effect of eliciting talents, which in prosperous circumstances would have lain dormant.”

“If you fell down yesterday, stand up today.”

“Always remember you are braver than you believe, stronger than you seem, and smarter than you think.”­

“A little more persistence, a little more effort, and what seemed hopeless failure may turn to glorious success.”

“You have been criticizing yourself for years, and it hasn’t worked. Try approving of yourself and see what happens.”

“We tend to forget that happiness doesn’t come as a result of getting something we don’t have, but rather of recognizing and appreciating what we do have.”

“You yourself, as much as anybody in the entire universe, deserve your love and affection.”

“When God closes a door, He always opens a window, Close your eyes and feel the breeze.”

“There’s no such thing as ruining your life. Life’s a pretty resilient thing, it turns out.”

“Success and failure come and go, but don’t let them define you. It’s who you are that matters.”

“However long the night, the dawn will break.”

“The cave you fear to enter holds the treasure you seek.”

“In three words I can sum up everything I have learned about life: It Goes On.”

“You cannot stop the waves, but you can learn to swim.”

“The gem cannot be polished without friction, nor man perfected without trials.”

“Sometimes you don’t realize your own strength, until you come face to face with you greatest weakness.”

“Problems are not stop signs, they are guidelines.”

“Every time you are able to find some humor in a difficult situation, you win.”

“Rock bottom became the solid foundation on which I rebuilt my life.”

“When we hit our lowest point, we are open to the greatest change.”

“Life isn’t about waiting for the storm to pass, it’s about learning how to dance in the rain.”

“I realize there’s something incredibly honest about trees in winter, how they’re experts at letting things go.”

“Some of us think holding on makes us strong, but sometimes it is letting go.”

“Pain will leave you, when you let go.”

“Nothing in the universe can stop you from letting go and starting over.”

“At some point you just have to let go of what you thought should happen and live in what is happening.”

“I am a unique person and don’t need to make my life like anybody else.”

“Wolves don’t lose sleep over the opinion of sheep.”

“It took me a long time not to judge myself through someone else’s eyes.”

“Definitions belong to the definers, not the defined.”

“Sometimes you need to step outside, get some air and remind yourself of who you are and who you want to be.”

“They can’t hurt you unless you let them.”

“I was thinking one day and I realized that if I just had somebody behind me all the way to motivate me I could make a big difference. Nobody came along like that so I just became that person for myself.”

“No one can make you feel inferior without your consent.”

“I think everybody’s weird. We should all celebrate our individuality and not be embarrassed or ashamed of it.”

“Don’t be satisfied with stories, how things have gone with others. Unfold your own myth.”

“It does not matter how slowly you go as long as you do not stop.”

“The answer to every adversity lies in courageously moving forward with faith.”

“Only you can change your own world. No one else.”

“Start where you are. Use what you have. Do what you can.”

“Success is not final, failure is not fatal: it is the courage to continue that counts.”

“You cannot swim for new horizons until you have courage to lose sight of the shore.”

“Courage is resistance to fear, mastery of fear – not absence of fear.”

“Believe you can and you’re halfway there.”

“I promise you that the same stuff galaxies are made of, you are. Trust in this. And you your life will be grand.”

“You have power over your mind – not outside events. Realize this, and you will find strength.

The sun shines not on us but in us.”

“Find a place inside where there’s joy, and the joy will burn out the pain.”

“Few men during their lifetime come anywhere near exhausting the resources dwelling within them. There are deep wells of strength that are never used.”

“You never know how strong you are until being strong is the only choice you have.”

“The only place where your dream becomes impossible is in your own thinking.”

“We are responsible for what we are, and whatever we wish ourselves to be, we have the power to make ourselves.”

Yesterday Is History, Tomorrow Is A Mystery, But Today Is A Gift, Hence We Call It The Present

Research indicates that the human mind produces over 60,000 thoughts a day and most of these thoughts are repetitive in END_OF_DOCUMENT_TOKEN_TO_BE_REPLACED

18 Short Mantras To Help You Through Stressful Times

Sometimes, life can seem overwhelming and negative thoughts can get in the way of your progress and peace of mind. END_OF_DOCUMENT_TOKEN_TO_BE_REPLACED

50 Quotes On Taking Responsibility for Your Life

For a happy and fulfilling life, it is crucial that you take complete responsibility for yourself and the choices that END_OF_DOCUMENT_TOKEN_TO_BE_REPLACED

Neuroscientist, Dr. Joe Dispenza, has an amazingly inspirational story especially for those of us who believe in the power of END_OF_DOCUMENT_TOKEN_TO_BE_REPLACED

The Quieter You Become, The More You Are Able To Hear – Rumi

This simple quote by Rumi has a lot of powerful wisdom hidden in it. Let’s explore the deeper meaning of END_OF_DOCUMENT_TOKEN_TO_BE_REPLACED
More inspiration

10 Steps To Attracting The Right People Into Your Life

12 Profound Life Lessons You Can Learn From Water