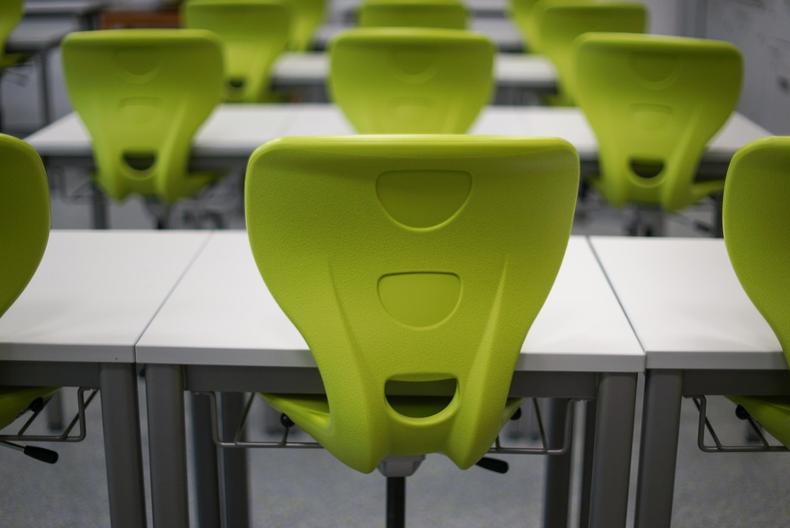 “I go to school, but I never learn what I want to know.” This lighthearted quote by Cavin (taken from a Cavin and Hobbs comic strip) pretty much sums up our education system.

Even though there have been many advancements a large part of our education system still works based on the primitive methodology of rewards and punishment. This kind of system removes the joy out of learning and reduces it down to merely studying (or cramming) to satisfy the system. It forces teachers and students alike to focus more on grades than the actual learning.

It also brings in an element of competitiveness and makes children view learning as a mechanism to compete with others. Most importantly it discourages a child’s natural curiosity and independent thinking and instead encourages accepting ready made ideas and concepts without further questioning.

In order to transform society, the first thing that needs to be transformed is our education system. But how do you do that?

The following is a collection of 50 quotes from some great thinkers on what’s wrong with our education system and how to change it for the better.

Quotes on how we need to educate our children

“Children must be taught how to think, not what to think.”

“Real learning comes about when the competitive spirit has ceased.”

– Jiddu Krishnamurti, Education and the Significance of Life

“The primary goal of real education is not to deliver facts but to guide students to the truths that will allow them to take responsibility for their lives.”

“We should not forget that the true purpose of education is to make minds, not careers.”

“The principle goal of education in the schools should be creating men and women who are capable of doing new things, not simply repeating what other generations have done; men and women who are creative, inventive and discoverers, who can be critical and verify, and not accept, everything they are offered.”

“The most effective kind of education is that a child should play amongst lovely things.”

“Education is not accomplished by putting something into man; its purpose is to draw out of man the wisdom which is latent within him.”

– Neville Goddard, Your Faith is Your Fortune

“The whole art of teaching is only the art of awakening the natural curiosity of the mind for the purpose of satisfying it afterwards.”

“The secret of education lies in respecting the pupil. It is not for you to choose what he shall know, what he shall do. It is chosen and foreordained and he only holds the key to his own secret.”

“Education needs to be transformed. And the key to this transformation is not to standardize education, but to personalize it, to build achievement on discovering the individual talents of each child, to put students in an environment where they want to learn and where they can naturally discover their true passions.”

– Ken Robinson, The Element: How Finding Your Passion Changes Everything

“The most necessary task of civilization is to teach people how to think. It should be the primary purpose of our public schools.”

“The purpose of a good education is to show you that there are three sides to a two-sided story.”

“One test of the correctness of educational procedure is the happiness of the child.”

“Teaching should be such that what is offered is perceived as a valuable gift and not as hard duty.”

“The purpose of education is to replace an empty mind with an open one.”

“Nine tenths of education is encouragement.”

“It’s not just learning that’s important. It’s learning what to do with what you learn and learning why you learn things that matters.”

“Our care of the child should be governed, not by the desire to make him learn things, but by the endeavor always to keep burning within him that light which is called intelligence.”

“The secret of education lies in respecting the pupil.”

“Proper teaching is recognized with ease. You can know it without fail because it awakens within you that sensation which tells you this is something you have always known.”

“When you wish to instruct, be brief; that children’s minds take in quickly what you say, learn its lesson, and retain it faithfully. Every word that is unnecessary only pours over the side of a brimming mind.”

“What I learned on my own I still remember.”

“A wise system of education will at last teach us how little man yet knows, how much he has still to learn.”

“Education is the kindling of a flame, not the filling of a vessel.”

“When you take the free will out of education, that turns it into schooling.”

“It is important that students bring a certain ragamuffin, barefoot irreverence to their studies; they are not here to worship what is known, but to question it.”

– Jacob Bronowski, The Ascent of Man

“If we teach today’s students as we taught yesterday’s, we rob them of tomorrow.”

“Do not train a child to learn by force or harshness; but direct them to it by what amuses their minds, so that you may be better able to discover with accuracy the peculiar bent of the genius of each.”

“Study without desire spoils the memory, and it retains nothing that it takes in.”

“The most worthwhile form of education is the kind that puts the educator inside you, as it were, so that the appetite for learning persists long after the external pressure for grades and degrees has vanished. Otherwise you are not educated; you are merely trained.”

“Much as a teacher may wince at the thought, he is also an entertainer — for unless he can hold his audience, he cannot really instruct or edify them.”

“Rewards and punishment is the lowest form of education.”

“If we succeed in giving the love of learning, the learning itself is sure to follow.”

“At it’s highest level, the purpose of teaching is not to teach — it is to inspire the desire for learning. Once a student’s mind is set on fire, it will find a way to provide its own fuel.”

“Do not train for passing tests, instead train for creative inquiry.”

“We’ve bought into the idea that education is about training and “success”, defined monetarily, rather than learning to think critically and to challenge.”

“The whole purpose of education is to turn mirrors into windows.”

Quotes on everything wrong with our education system

“The word school is derived from the Greek word schole, meaning “leisure.” Yet our modern school system, born in the Industrial Revolution, has removed the leisure—and much of the pleasure—out of learning.”

“The trouble with our way of educating is that it does not give elasticity to the mind. It casts the brain into a mold. It insists that the child must accept. It does not encourage original thought or reasoning, and it lays more stress on memory than observation.”

Education has failed in a very serious way to convey the most important lesson science can teach: skepticism.

“The authority of those who teach is often an obstacle to those who want to learn.”

“The whole educational and professional training system is a very elaborate filter, which just weeds out people who are too independent, and who think for themselves, and who don’t know how to be submissive, and so on — because they’re dysfunctional to the institutions.”

“We spend the first year of a child’s life teaching it to walk and talk and the rest of its life to shut up and sit down. There’s something wrong there.”

“The public school system is usually a twelve year sentence of mind control. Crushing creativity, smashing individualism, encouraging collectivism and compromise, destroying the exercise of intellectual inquiry, twisting it instead into meek subservience to authority.”

“In a word, learning is decontextualized. We break ideas down into tiny pieces that bear no relation to the whole. We give students a brick of information, followed by another brick, followed by another brick, until they are graduated, at which point we assume they have a house. What they have is a pile of bricks, and they don’t have it for long.”

“We must be careful not to discourage our twelve-year-olds by making them waste the best years of their lives preparing for examinations.”

– Freeman Dyson, Infinite in All Directions

“In schools today, on paper it may appear that kids are learning skills, but in reality they are only renting them, soon to forget what they’ve learned over the weekend or summer vacation.”

“Schooling that children are forced to endure — in, which the subject matter is imposed by others and the “learning” is motivated by extrinsic rewards and punishments rather than by the children’s true interests — turns learning from a joyful activity into a chore, to be avoided whenever possible.”

“One of these grand defects of our education system is that children are habituated to learning without understanding.”

“We are students of words: we are shut up in schools, and colleges, and recitation rooms, for ten or fifteen years, and come out at last with a bag of wind, a memory of words, and do not know a thing.”

“Imagination is the source of every form of human achievement. And it’s the one thing that I believe we are systematically jeopardizing in the way we educate our children and ourselves.”

“Coercive schooling, which is the norm in our society, suppresses curiosity and overrides children’s natural ways of learning. It also promotes anxiety, depression and feelings of helplessness that all too often reach pathological levels.”

“Education has produced a vast population able to read but unable to distinguish what is worth reading.”

“The plain fact is that education is itself a form of propaganda – a deliberate scheme to outfit the pupil, not with the capacity to weigh ideas, but with a simple appetite for gulping ideas ready-made. The aim is to make ‘good’ citizens, which is to say, docile and uninquisitive citizens.”

“I suppose it is because nearly all children go to school nowadays and have things arranged for them that they seem so forlornly unable to produce their own ideas.”

“I think the big mistake in schools is trying to teach children anything, and by using fear as the basic motivation. Fear of getting failing grades, fear of not staying with your class, etc. Interest can produce learning on a scale compared to fear as a nuclear explosion to a firecracker.”

20 Inspirational Self Reflection Journals To Help You Rediscover Yourself

Disclaimer: This article contains affiliate links, which means we get a small commission for purchases through links in this story END_OF_DOCUMENT_TOKEN_TO_BE_REPLACED

Disclaimer: This article contains affiliate links, which means we get a small commission for purchases through links in this story END_OF_DOCUMENT_TOKEN_TO_BE_REPLACED

22 Books To Help You Love And Accept Yourself

Disclaimer: This article contains affiliate links, which means we get a small commission for purchases through links in this story END_OF_DOCUMENT_TOKEN_TO_BE_REPLACED

Disclaimer: This article contains affiliate links, which means we get a small commission for purchases through links in this story END_OF_DOCUMENT_TOKEN_TO_BE_REPLACED