We’ve all heard about them, we’ve all seen the stickers and even those bright pink Mary Kay cars out there.  But, aside from the cosmetics business, how much do you really know about Mary Kay Ash?

Born May 12, 1918 in Hot Wells, Texas, watching her mother work 14-hour days to support both her and her father who was very ill.  Mary had to take up responsibilities that other children her age did not due to this hardship on their family.

Growing up, this “can do” spirit thrived in her and she would face any new task, she would ask her mother for guidance.

This attitude would work its way into every aspect of her life, and lead her to form a company that would inspire millions of women all over the world for generations to come.

2. Inspiration to write a book and start a company

In the early 1960’s, Mary Kay Ash faced something that many women during the time faced: she was passed over for a promotion in favor of a man that she herself had trained.

She had been with the company for over 25 years and resigned her position as the national training director.

Upon resigning, she had decided to write a book that would help women all over the world gain those opportunities that she herself had been denied.  She sat down at her kitchen table with two different lists: one that listed what good she had seen in companies and one that listed what needed to be improved upon.

Although she had done this for her book, she realized that this was a marketing plan for her dream company.

Taking her visionary attitude, in 1963 she opened Beauty by Mary Kay – the very first company that was dedicated to making life more beautiful for women, both on the inside and outside.

Although she only had $5,000 in savings, she enlisted the help of her son Richard to help with costs.

Beauty by Mary Kay was founded on the Golden Rule instead of the competitive rule, and praised people to succeed by placing faith first, family second, and career third.

It was these very principles that would help to push the company and those involved with it, from a very small direct sales company to one of the largest sellers of skin care and cosmetics in the United States.  The company was named as one of the ten best companies for women and one of the 100 best companies to work for in the U.S.

Although Mary Kay passed away in 2001, her company still lives on, and so does her vision to empower women all over the world.

But it’s not just her company and it’s empowerment to women that Mary Kay is famous for.  After her husband Mel, died of cancer in 1980, she also became committed to helping cure that disease.

She established the Mary Kay Ash Charitable Foundation in 1996, a non-profit foundation that supports cancer research for cancers that affect women.  It also expanded it’s efforts in 2000 to help against violence against women.

This foundation also brought about social responsibility programs such as: Pink Changing Lives and Pink Doing Green – focusing on changing lives for women and children around the world and environmental causes.

As an inspirational leader, she gave speeches all over the world to millions of men and women, to help empower them and help them learn through the hardships that she had faced and overcame.

She also wrote three best-selling books, her autobiography “Mary Kay: You Can Have It All“, and “Mary Kay On People Management“.

In fact, her business philosophy continues to be a great source of wisdom and is included in the business courses at Harvard Business School.

All of these great works have been published and republished in several languages all over the world to help empower women, business people, and those that just want to change their lives for the better.

On top of her speeches, quotes, and business writings, Mary Kay also traveled the world to show business people a better way to connect with their employees and to run their companies.  She even appeared on several national television shows as well to help those that needed to hear her words of encouragement.

Here is a collection of inspiring quotes by Mary Kay:

We fall forward to succeed.

A mediocre idea that generates enthusiasm will go further than a great idea that inspires no one.

Most people live and die with their music still unplayed. They never dare to try.

For every failure, there’s an alternative course of action. You just have to find it. When you come to a roadblock, take a detour. 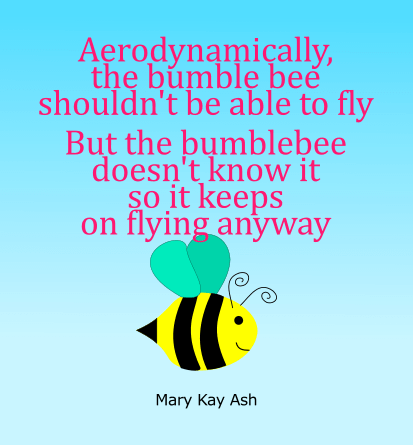 Give yourself something to work toward – constantly.

We must have a theme, a goal, a purpose in our lives, if you don’t know where you are aiming, you don’t have a goal.

7. She continues to live on

After winning several awards and honors throughout her life, Mary Kay was extremely proud of the way that she was able to empower women and people all over the world with her down-to-Earth speaking style and wisdom.

Millions of people have been touched by her in so many different forms, from her products to her books, her speeches to her company, and even years after her death, her company continues to grow at a record pace as the core beliefs continue to empower anyone that comes in contact with the company and its people.

Secret to Releasing Negative Emotions From Your Body

Here are some simple ways on how to identify and release negative emotions from your system.

Is Pineapple Fattening Or Does It Help Burn Fat?

Find out if the high sugar level in pineapple makes it a fattening fruit or can it actually help you burn fat.

Everything you ever wanted to know about crystal healing stones beautifully presented in this article.

This article has been submitted by a guest author.
More inspiration

Does Homework Cause Stress in Children?