Contemplation is the only way to broaden your consciousness. The more you contemplate and the more questions you ask, the deeper your understanding becomes.

This article is a collection 82 short and pithy quotes (mostly one sentence quotes) that carry within them profound wisdom on life. Reflecting on these quotes will help greatly expand your thinking and consciousness.

Here are the quotes.

Mistakes are the portals of discovery.

Be curious, not judgmental.

Everything comes in time to him who knows how to wait.

It is not the answer that enlightens, but the question.

The fact that life has no meaning is a reason to live – moreover, the only one.

Judge a man by his questions rather than by his answers.

If you want the present to be different from the past, study the past.

One believes things because one has been conditioned to believe them.

The sky is filled with stars, invisible by day.

Meditation is a balancing act between attention and relaxation.

― B. Alan Wallace, The Attention Revolution

I can’t go back to yesterday – because I was a different person then.

Knowing others is intelligence; knowing yourself is true wisdom.

Don’t judge each day by the harvest you reap but by the seeds that you plant. 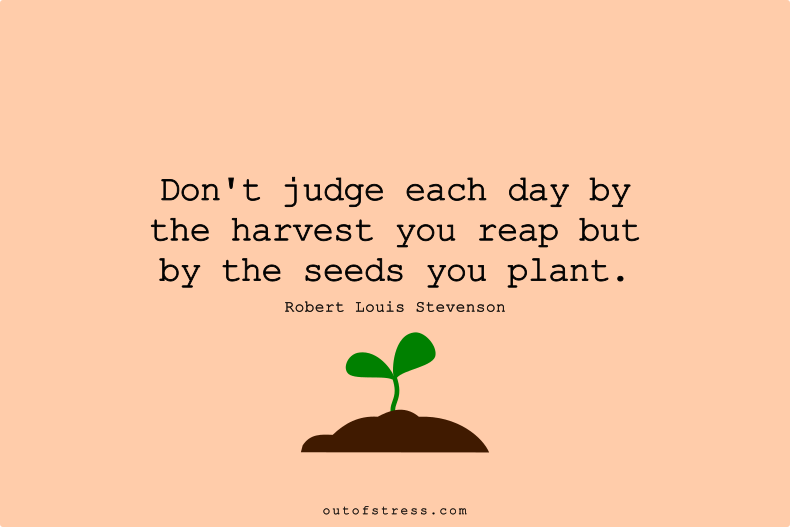 The best doctors in the world are Doctor Diet, Doctor Quiet, and Doctor Merryman.

Life is not a problem to be solved, but a reality to be experienced.

The first duty of love is to listen.

Rewards and punishment is the lowest form of education.

To a mind that is still, the entire universe surrenders.

Teach thy tongue to say ‘I do not know,’ and thou shall progress.

Leisure is the mother of philosophy.

Practice is the best of all instructors.

Music is the shorthand of emotion.

To forgive is to set a prisoner free and discover that the prisoner was you.

If you focus on what’s left behind, you will never be able to see what lies ahead.

You can never be free of their criticism until you no longer seek their praise.

If you are afraid of loneliness, don’t marry.

To be ignorant of one’s ignorance is the malady of the ignorant.

Authority has every reason to fear the skeptic, for authority can rarely survive in the face of doubt.

If you expect nothing from anybody, you’re never disappointed.

Believe those who are seeking the truth, doubt those who find it.

No wise man ever wished to be younger.

A man trusts another man when he sees enough of himself in him.

Do not seek after the sages of the past. Seek what they sought.

Real knowledge is to know the extent of one’s ignorance.

It’s not what you look at that matters, it’s what you see.

That government is best which governs least.

The less routine the more life.

Observation more than books and experience more than persons, are the prime educators.

We’re our own dragons as well as our own heroes, and we have to rescue ourselves from ourselves.

Care about people’s approval and you will be their prisoner.

When you are content to be simply yourself and don’t compare or compete, everybody will respect you.

“Death, so called, is a thing which makes men weep, And yet a third of life is passed in sleep.”

We are what we repeatedly do. Excellence, then, is not an act, but a habit.

Nature provides exceptions to every rule.

Simplicity is the ultimate sophistication.

To exist is to change, to change is to mature, to mature is to go on creating oneself endlessly.

Readers are plentiful; thinkers are rare.

Explanation separates us from astonishment, which is the only gateway to the incomprehensible.

Joy is the simplest form of gratitude.

In order to improve the mind, we ought less to learn, than to contemplate.

The life of man is of no greater importance to the universe than that of an oyster.

“Obstacles are those frightful things you see when you take your mind off your goals.”

“You aren’t just the age you are. You are all the ages you ever have been!”

“Nothing in life is to be feared, it is only to be understood.”

Life can only be understood backwards; but it must be lived forwards.

To learn who rules over you, simply find out who you are not allowed to criticize.

When all think alike, then no one is thinking.

The function of prayer is not to influence God, but rather to change the nature of the one who prays.

The world of reality has its limits; the world of imagination is boundless.

The world is a book, and those who do not travel read only a page.

Patience is the companion of wisdom.

The sweetest of all sounds is praise.

Act as if what you do makes a difference. It does.

Nothing exists except atoms and empty space; everything else is opinion.

The Quieter You Become, The More You Are Able To Hear.

Life is a balance between holding on and letting go.

You cannot teach a man anything; you can only help him find it within himself.

A physicist is just an atom’s way of looking at itself.

Time is the father of truth, its mother is our mind.

Every child is an artist. The problem is how to remain an artist once he grows up.

Now and then it’s good to pause in our pursuit of happiness and just be happy.

We know the truth, not only by the reason, but also by the heart.

The art of writing is the art of discovering what you believe.

Who in the world am I? Ah, that’s the great puzzle.

People who know little are usually great talkers, while men who know much say little.

I do not wish women to have power over men; but over themselves.

The beginning is always today.

Educated people can be easily governed.

There is nothing new except what has been forgotten.

Education has failed in a very serious way to convey the most important lesson science can teach: skepticism.

There is no truth. There is only perception.

Commune with your own heart on your bed and be still.

In love, one and one are one.

If you’re lonely when you’re alone, you’re in bad company.

The best fighter is never angry.

Life is not what we live; it is what we imagine we are living.

Each of us carries a unique world within our hearts.

Man is what he reads.

I don’t live in France, I live in myself.

we never really encounter the world; all we experience is our own nervous system.

Beauty in things exists in the mind which contemplates them.

All things change; nothing perishes.

There are no facts, only interpretations.

Conquer yourself rather than the world.

To understand is to forgive.

50 Inspirational Quotes From The Book – ‘Habits for Success’ By G. Brian Benson

This article is a collection of thought provoking and insightful quotes from the recently published (November 2017) book, ‘Habits for END_OF_DOCUMENT_TOKEN_TO_BE_REPLACED

20 Inspirational Self Reflection Journals To Help You Rediscover Yourself

Disclaimer: This article contains affiliate links, which means we get a small commission for purchases through links in this story END_OF_DOCUMENT_TOKEN_TO_BE_REPLACED

Are You Feeling Confused? 8 Pointers to Help Clear Your Mind

Find out how to overcome confusion by understanding and reconditioning your mind.

Change The Stories You Tell Yourself To Change Your Life

Over ten years ago I was helping someone move and as I carried moving boxes up the stairs, a loved END_OF_DOCUMENT_TOKEN_TO_BE_REPLACED

Have you ever helped a stranger before? It doesn’t need to be a huge deed, maybe just helping an old END_OF_DOCUMENT_TOKEN_TO_BE_REPLACED

5 Point Guide to Being in the Present Moment

12 Short Stories on Self Realization And Finding Your True Self