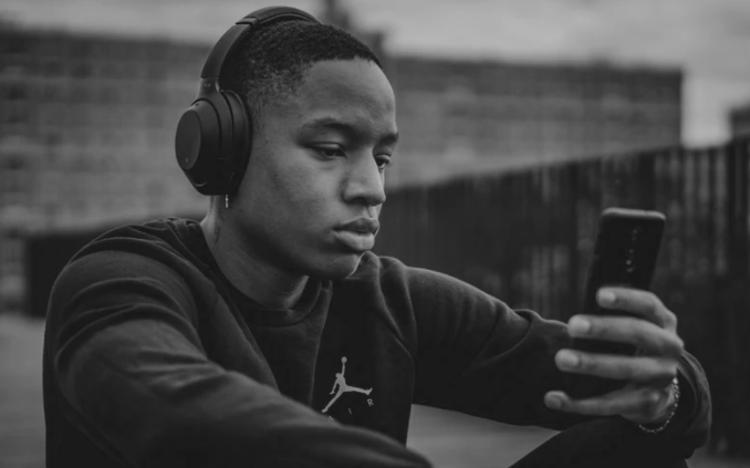 Feeling afraid? You’re not alone; our world has experienced massive tumult in just this past year, leaving much of our global population feeling apprehensive for the future. So what can you do? Listen to music!

Never underestimate the power of music to turn your mood around. These 20 songs can help you shift from a fearful mindset to a courageous one with ease.

Experiencing a loss of a relationship can leave us feeling alone and afraid. This Kelly Clarkson song can help. Use these lyrics as your fight song to remind you that being alone doesn’t have to equal “lonely”!

2. The Arena by Lindsey Stirling

Theodore Roosevelt’s “man in the arena” quote inspired this Lindsey Stirling song. Though this song is wordless, you may find that Lindsey’s power speaks to you through her violin; this is a song that’s meant to inspire courage in the face of fear. For an added bravery boost, watch the song’s music video!

3. The Climb by Miley Cyrus

Afraid that you’ll never reach your dreams? You’re not alone. Many of the most successful people on Earth once feared that they’d never make it. The Climb by Miley Cyrus will help you to turn that uncertainty into courage.

For those who’ve struggled with people-pleasing and feel afraid of speaking our truth, Roar is a battle cry for opening your throat chakra! This Katy Perry song is perfect for inspiring you to be you, not who everybody else wants you to be.

Sometimes, we struggle to speak up when we feel hurt or angry. Sara Bareilles, in her song Brave, reminds us to set those words free (even if we’re terrified!).

Don’t be afraid of your uniqueness– embrace it! If others laugh at you for being different, says P!nk, they only laugh because they are all the same. It’s true, as she says: “no one can be just like me anyway”!

For an all-around courage pick-me-up, listen to this song by Sia to remind you that you are unstoppable: able to withstand even the most challenging criticisms and setbacks.

If you ever feel like the pain of life is dragging you down, and you feel afraid that you’ll never get back up, listen to Believer. This song will remind you that pain can make us strong enough to live more amazing lives than we ever could’ve imagined.

9. Surprise Yourself by Jack Garratt

Have you ever wanted to try something new, but felt afraid that you’d fail or embarrass yourself? Jack Garratt’s song ‘Surprise Yourself’ may empower you to go ahead and write that book, apply for that job, or ask out that person anyway!

10. Walk On Water by Thirty Seconds to Mars

Walk On Water is another song that sounds like a powerful battle cry. Use this uplifting song anytime you’ve got a mountainous task in front of you, such as running a marathon, starting an exciting business project, or asking out someone whom you really like!

A crowning gem of Paramore’s self-titled album, Now is a strong message to go after what you want today – rather than waiting for some distant future.

If you identify as female, this one’s for you! Patriarchal standards can make us feel small and afraid sometimes, but Beyonce is here to let us know that that oppression is becoming a thing of the past. Listen to Run the World and remember that you are powerful!

‘The Greatest’ feels like a spiritual mantra when you’re in need of a dash of courage, as Sia beautifully sings “don’t give up, I won’t give up,” over and over. Remember to try your best not to be afraid of failure, and if you really want something, never give up!

“Shoot me down, but I won’t fall,” sings Sia in this David Guetta hit. If you’re afraid of what other people think, add this song to your playlist to remember that you’re too strong to worry about others’ opinions.

15. Float On by Modest Mouse

Do you ever feel like if something bad happens to you, then your life just won’t go on? This song by Modest Mouse can help you to change your mindset, and remind you that you’ll “float on” no matter what hardships you face.

16. Whatever it Takes by Imagine Dragons

If you want something bad enough, you’ll do whatever it takes to get it– even if it means you don’t reach your goals immediately, even if it means you’ll fail along the way. Listen to this song by Imagine Dragons to keep your eyes on your goal rather than fearing failure.

If you’re afraid of being alone, this hit by Freya Ridings is exactly what you need. Her words will help you to remember that after every fall, we have an opportunity to get back up even stronger.

18. Anything Could Happen by Ellie Goulding

Don’t think that your life is set in stone! If you’re feeling weighed down by your past, your identities, your mistakes, or what you think you can’t do, let this Ellie Goulding song remind you that anything could happen. You don’t have to let the past hold you back.

19. Throne by Bring Me The Horizon

Even our worst moments, our meanest bullies, and our biggest downfalls can put us on a path to greatness. Throne reminds us to thank our enemies for making us stronger; like they say, “a smooth sea never made a skilled sailor”.

For one final song that reminds us that our deepest scars make our skin even tougher, listen to Fighter by Christina Aguilera. Her words instill a feeling of grace and courage after being struck down or treated poorly.

Next time you feel fearful, hit play on any of these courageous tunes while you care for yourself; you might try walking, running, taking a bath, or dancing, to name a few options. Then, remember that fear doesn’t have to stop you from living up to your highest potential. Just feel the fear, and do it anyway!

Emotions can get stuck in our bodies, especially when we resist them. We all do it: we feel sadness, anger, END_OF_DOCUMENT_TOKEN_TO_BE_REPLACED

5 Tips for Managing Your Time and Staying Sane During Quarantine

I’m one of many service industry workers who haven’t been to work since March 14th. I work as a server END_OF_DOCUMENT_TOKEN_TO_BE_REPLACED

What Does It Mean to Know Your Worth? + 8 Reasons Why It’s Important

The phrase “know your worth” has been used so much that it has become a cliché. We usually use the END_OF_DOCUMENT_TOKEN_TO_BE_REPLACED

10 Pointers To Handle Rejection and Come Out Stronger

There is a deep seated need in all sentient beings for intimacy and approval. So when we feel rejected, our END_OF_DOCUMENT_TOKEN_TO_BE_REPLACED
More inspiration

10 Ways To Work On Yourself Before Getting Into A Relationship

7 Tips for Building Self Care Habits that Honor, Respect and Fulfill You