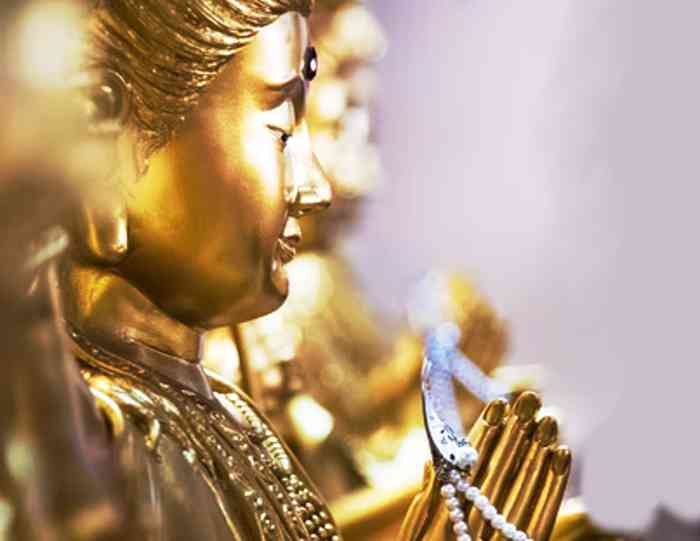 Throughout history, humans have sought abundance in its many forms; whether that be money, happiness, or successful harvests. So, it is perhaps no surprise that practically every culture around the globe has a deity of wealth, fortune, luck, or prosperity.

In this article, let’s look at some of the most prolific Gods of wealth and discuss how you can work with them to attract luck and good fortune into your life. 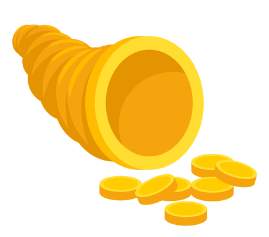 In Greek mythology, Plutus was known as the God of Wealth. He has been depicted by numerous writers and artists over the years, often alongside a cornucopia which is a renowned symbol of abundance. Yet, his origin is unclear.

Perhaps the most well-known story is that he was the son of Demeter (the Goddess of the harvest) and her human companion Iasion. As a result, his blessings of wealth often meant a successful harvest and an abundance of food rather than money. In modern society, Plutus can represent wealth in the form of money but also personal wealth such as a healthy family. 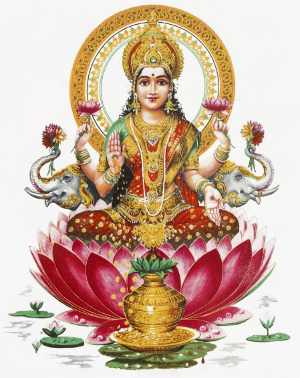 Lakshmi is one of the most prominent Goddess in Hinduism associated with wealth, power, fortune, beauty and prosperity. The Goddess sits on a lotus and is shown showering gold coins from the palm of her hand which can help program your subconscious mind toward attracting wealth.

The 7 lucky Gods are revered in Japanese culture. People often keep pictures of these deities in a treasure boat (also known as a Takarabune) under their beds on the night of the 2nd of January, as this is believed to attract good luck.

Each of the 7 Gods represents a different type of luck as follows:

Benzaiten is the only female deity among the 7 Gods, known as the Goddess of literature, art, music, and other forms of creativity. She is an excellent Goddess to help imbue your creative endeavors with success and fortune.

Hotei is the God of happiness and laughter, believed to be a reincarnation of Maitreya (a future Buddha).

Jurojin is the God of Longevity which makes him a fantastic God to work with if you are suffering from health issues.

Ebisu is known as the God of fishermen and the oceans. Worshipping him ensures a safe journey out at sea which is why he is often revered by sailors and fishermen. 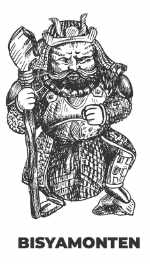 Bishamonten is considered to be a protective warrior God, believed to be able to protect you from evil.

Daikokuten is the God of agriculture, considered to be a provider of food and abundance. For this reason, his picture is often placed in kitchens, particularly in monasteries.

Fukurokuju is the God of happiness and fertility which makes him the perfect God to work with if you are having fertility issues.

Fortuna is the Goddess of chance or lot, who was worshipped extensively throughout Italy. Her symbol is the Wheel of Fortune and she is often depicted wearing a blindfold to ensure she is unbiased on who she bestows luck to. The Romans invoked this Goddess whenever luck may have played a part in their lives.

Kubera is known as the Lord of Wealth in Hindu cultures. He is viewed as the King-God of Yakshas, who aided him in protecting the treasures that lay in the earth and among the roots of trees. He is believed to shower riches on those who worship him.

Gefion (“Giver”) is an Ancient Norse Goddess associated with prosperity, abundance, and fertility. Her symbol is the plow, which was often seen as a symbol of prosperity in times when abundance depended on the fertility of farmland.

According to folklore, Gefion was gifted as much land as four oxen could plow by King Gylfi. Alongside her four sons, Gefion plowed not only the land but also pulled in more land from Sweden which later became Lake Malaren.

Caishen is honored as the God of money and wealth in both Chinese and Taoist cultures. He is particularly worshipped during the Chinese New Year as he is believed to bless the coming year with prosperity.

The name Vasudhara translates to “stream of gems” in Sanskrit. She is one of the most popular goddesses worshiped in Buddhist cultures, viewed as a generous and compassionate deity who blesses her followers with both material and spiritual wealth.

According to Buddhist tradition, Vasudhara will bestow wealth on the ones who chant her mantra (also known as the Buddhist Money Mantra) and perform the rituals required to invoke her.

Jambhala is a member of the Jewel family, also known as the Five Dhyani Buddhas, associated with spiritual growth. Jambhala is often referred to as the Wealth Giving Buddha as he is believed to be able to provide you with your physical needs so you can focus on spiritual enlightenment. He has five different color forms that represent different types of wealth:

Black: Recommended for those who are living in extreme poverty as he can eliminate criminality and illness.

Red: Keeps successful businesses running and can assist in the achievement of advantageous contracts.

Green: The green Jambhala can help you overcome jealousy and can bring success to all of your endeavors.

White: This God can help you to achieve wealth and encourage you to engage in charitable activities at the same time. He can help you to see past negative emotional attachments so you can focus on your soul.

Yellow: This is a protective God that will imbue you with prosperity and wealth. 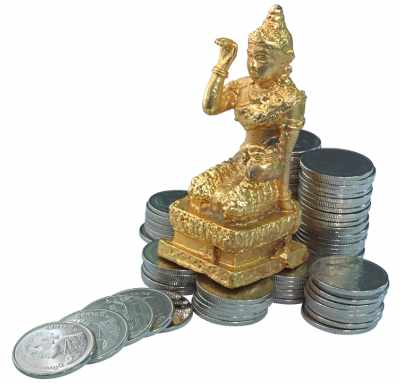 Nang Kwak is often depicted in a traditional red Thai-style dress with a gold crown atop her head. She is known as a Goddess of good fortune and prosperity. Specifically, she is believed to attract customers to a business. For this reason, she is often found in traditional stores of merchants to increase the success of a business.

Also known as “The Horned One”, Cernunnos is the Celtic God of life, fertility, wealth, and the underworld. He is often depicted with the antlers of a stag and sometimes carries a purse filled with coins. Cernunnos represented the bounty of the forest in a time when tribes exchanged food for goods and services.

Later, when wealth was measured by money rather than the remnants of a hunt, Cernunnos became associated with all forms of wealth and prosperity.

Chrysus, alternatively known as Khrysos, is a Greek God believed to be the personification of gold and riches. Yet surprisingly, he is only mentioned once in Greek literature as follows:

“Khrysos (Gold) is a child of Zeus; neither moth nor rust devoureth it, but the mind of man is devoured by this supreme possession.”

Gold is one of the most valuable metals in the world and has been used throughout history as a symbol of wealth. This makes the relatively unknown God Chrysus a very potent God to attract financial abundance into your life.

How to choose one of these Gods to attract good luck into your life?

All of the above deities can assist you in securing your finances and attracting good fortune into your life. The one you choose to work with will depend on your personal preferences, needs, and desires. Try researching each one and see which deity you connect with the most. You can even meditate over their images to see which one speaks to you.

Once you have chosen your deity, clear negative energy from your space and light a green candle to attract success (white also works well if you don’t have a green one). Call on your deity to assist you and note down anything that happens, such as significant images appearing in your mind.

Different deities have different attributes and offering preferences so it is well worth researching these before you begin.

We have all needed a bit of luck at some point or other in our lives. Building a connection with one of the Gods or Goddesses mentioned above (or any other you feel is right for you) will help you to live life with confidence and follow your dreams, whilst appreciating everything you already have.

Often in life, we worry about the future which puts us in a negative mindset. To achieve positive things, you need to think positively. Working with a wealth deity will guide you towards a better outlook so you can achieve anything you set your mind to and bring success into your life.

8 Ways to Use Green Aventurine for Good Luck & Abundance

Looking for a new crystal to add to your altar? You may have heard of green aventurine, otherwise known as END_OF_DOCUMENT_TOKEN_TO_BE_REPLACED

Cinnamon is known for its intense scent and sweet flavor. However, aside from its culinary benefits, cinnamon is commonly used END_OF_DOCUMENT_TOKEN_TO_BE_REPLACED

8 Goddesses of Protection (+ How to Invoke Them)

Disclaimer: This article contains affiliate links, which means we get a small commission for purchases through links in this story. END_OF_DOCUMENT_TOKEN_TO_BE_REPLACED

Have you ever seen a Hand of Hamsa on a piece of home decor, jewelry, or even a yoga mat END_OF_DOCUMENT_TOKEN_TO_BE_REPLACED

If you love to cook or drink tea, you’re familiar with common herbs such as mint and basil; likewise, you END_OF_DOCUMENT_TOKEN_TO_BE_REPLACED