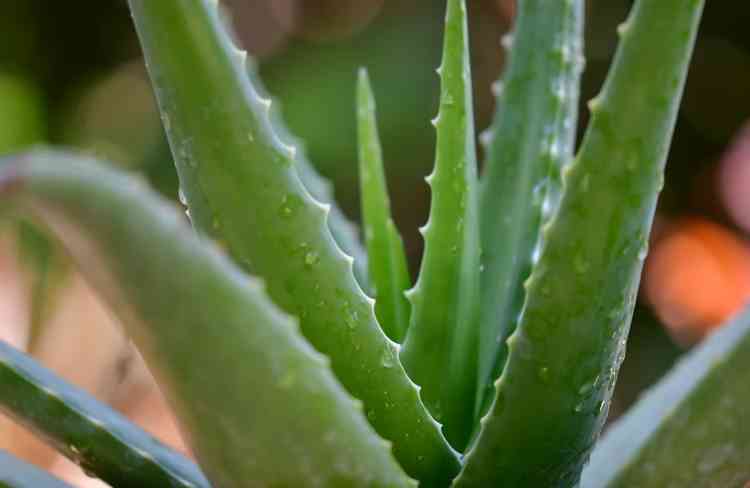 Aloe vera has been considered an incredibly sacred plant for thousands of years, for its’ wide range of healing powers; both physical and spiritual. Early recordings of aloe vera being used can be found in pictograms dating back to 2,000 BC, where kings can be seen nurturing and treasuring the plant. Since then, it has been used in cultures around the world, from Rome to India, for healing, protection, and cleansing. Want to know how to use this holy plant in your own life? Read on!

What does the Aloe Vera Plant symbolize?

1. Feminine energy: Originally native to South and East Africa, Aloe vera is considered to be a feminine plant, closely associated with the element of water, and the moon. In fact, the word ‘Aloe’ in Sanskrit means Goddess.

2. Good luck & Protection: Spiritually, it symbolizes good luck, protection, and cleansing. In Ancient Egypt, it was considered to be a vital ingredient in the embalming herb blend as it was able to preserve the elasticity in the skin of mummified bodies.

3. Immortality: The Aloe vera plant was once known as the ‘immortality plant’ due to its ability to regenerate and heal itself, as well as for its healing properties which can make the skin appear younger and more refreshed.

What is the spiritual meaning of the Aloe vera flower?

The Aloe vera flower is a revered symbol of beauty, fortune, and good health. The flower only blooms for 3-4 months of the year from early spring to late summer, which also makes it a symbol of patience and endurance.

In its native habitat, the Aloe vera plant has to withstand months of drought and yet it still produces stunning tube-shaped flowers of white, red, orange and yellow, every year. This makes it the perfect symbol of enduring love and friendship.

What does Aloe vera represent in the Bible?

Aloe vera is mentioned in the Bible six times. Here is one of the excerpts:

“All thy garments smell of myrrh, and aloes and cassia, out of the ivory palaces, whereby they have made thee glad.” Psalms 45:8

Aloe vera is mentioned in both the Old Testament and the New Testament as an ingredient in attraction perfumes, as a scent, or as a spice. It was also viewed as an essential addition to embalming rituals. In the bible, Jesus was wrapped in a mixture of Myrrh and Aloes weighing around 100lbs, prior to his burial.

What does it mean to gift an Aloe vera plant?

Since Cleopatra credited Aloe Vera for her youthful, nourished skin, the plant has come to symbolize beauty, healing, and protection. For this reason, it is often gifted as a symbol of health (especially if someone has fallen ill) or as a symbol of ever-lasting friendship and love.

Gifting an Aloe Vera plant is the perfect way to show someone you care deeply about them. 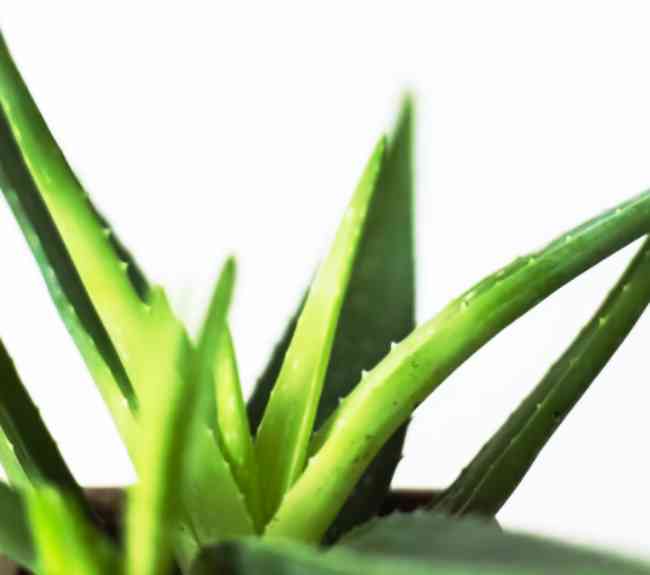 There are over 300 varieties of Aloe Vera in the world, all with the same benefits to spiritual and physical health. Here are 7 ways you can use the Aloe Vera plant in your own life:

Just like to Hamsa and other talismans, Aloe vera has a long, famed history for being able to ward off negative energies, offer protection, and promote good luck, as it is believed to be able to absorb negative energies from the environment.

Many modern-day witches use Aloe vera to protect against the evil eye, which has been viewed as a much-feared evil curse since Ancient Greek times. It is often added to cleansing baths, or in spell jars. You can also hang a fresh or dried aloe leaf above your front door or place Aloe Vera plants around the entrance to protect your home from negativity.

The Aloe Vera plant is known to act as an air purifier by removing harmful pollutants, absorbing carbon dioxide, and providing oxygen into the atmosphere. This ability, alongside its power to absorb negative energies, makes Aloe Vera an excellent plant to use for cleansing a space or room.

The removal of toxins and negativity from your home will help you to feel lighter, more rejuvenated, and positive. Simply place an Aloe Vera plant in your home and ensure it is well cared for.

As Aloe Vera grows, it is believed to attract good luck. As soon as it begins to wilt, it is a sign that the plant has absorbed the negative energy in a room to protect us. One of the best-known amulets using Aloe Vera is to tie a red ribbon onto the plant when love is invoked, and to tie a green ribbon onto it when you wish to attract luck into your life.

To protect your house, you can tie a red ribbon onto the plant and place three coins of the lowest denomination in the soil, shaped into a pyramid.

Aloe vera is believed to protect you from physical accidents, and if they do happen then the plant has a multitude of healing properties that can be used to soothe burns, grazes, and skin rashes. Simply apply Aloe Gel directly to a wound.

Drinking Aloe Vera juice (preferably on an empty stomach) is believed to reduce blood sugar levels and can also assist with heartburn relief, liver function, and improve dental health. In Jamaican mysticism, the body is believed to be affected by an evil spirit when you fall ill, which causes your body to fall out of balance. Aloe Vera baths are believed to block the influence of negative spirits and therefore improve physical health.

It is important to note that people with heart disease, diabetes, or kidney disease should not ingest Aloe as it could be dangerous and make symptoms worse.

Aloe vera is a popular herb used by bush doctors and spiritual healers around the world, to recalibrate the body’s frequency. The most powerful element of the Aloe Vera plant is a mineral called organic germanium. This mineral is believed to reinforce the body’s own DNA signals and so help it to fall back into alignment. Drinking aloe vera juice is believed to increase your energy as it is known to boost metabolism and increase the production of insulin which provides energy to our cells.

The roots of an Aloe Vera plant are deep, thick, and strong, which can help us strengthen our own root chakras (located at the base of the spine). The root chakra is directly associated with our digestive system, so drink Aloe Vera juice to reduce inflammation, or rub Aloe Vera gel on your stomach to stimulate digestion. You can also take a relaxing Aloe Vera bath to help your root chakra to fall back into alignment.

To take a bath with Aloe Vera, peel off the outer green layer. Juice the translucent pulp in a grinder and apply the same to your skin and hair. Keep the gel on for a few minutes and then proceed to take a shower or bath. You can also consider adding the gel to your bath water and take a soak in it.

Aloe vera is a fantastic plant to have in your home when you are going through a rough time, or during a stressful transition, such as changing jobs or moving house. The intense healing and purifying energy of this plant will help to calm your mood and instill a sense of peace in your surroundings, as well as within yourself.

Having an Aloe vera plant near you when you meditate can also help to realign your chakras and balance your emotions, which will allow you to be fully engaged in the practice.

Where should you place an Aloe vera plant in your home?

Aloe vera can be placed anywhere in the home to absorb negative energies and improve air quality. When placed in the kitchen, Aloe vera is believed to protect against culinary mishaps. You can also place an Aloe Vera plant in your bedroom to aid a restful sleep.

Aloe vera should be exposed to sunlight as much as possible so try placing it on a window sill or another area of your home that is exposed to direct sunlight for most of the day. Remember that Aloe Vera is a succulent native to areas that experience regular droughts, so they do not need watering very often.

As you can see, Aloe Vera has a multitude of spiritual and physical benefits that you can utilize in everyday life, simply by having an Aloe Vera plant growing in your home! Aloe vera will not only repel negative energies but can also act as a mood booster, as well as a natural first aid kit! Aloe vera will also bring good luck and prosperity into your life, and protect you and your family from harm. For these reasons, every home should have an aloe vera plant!

Ginger is a flowering plant originating in Southeast Asia. A close relative of other plants such as turmeric or cardamom, END_OF_DOCUMENT_TOKEN_TO_BE_REPLACED

Yarrow is a powerful herb with a host of healing, spiritual and magical properties. Since millennia, people from all across END_OF_DOCUMENT_TOKEN_TO_BE_REPLACED

Cinnamon is known for its intense scent and sweet flavor. However, aside from its culinary benefits, cinnamon is commonly used END_OF_DOCUMENT_TOKEN_TO_BE_REPLACED

7 Crystals To Heal A Broken Relationship

9 Protection Rituals to Protect Your Space and Energy